KuCoin is one of the most advanced and secure cryptocurrency exchanges and is the preferred exchange of Killer Whale Crypto. Based in Singapore, KuCoin exchange was launched on September 15th, 2017, although it was initially founded in 2013, by Michael Gan, Eric Don, Top Lan, Kent Li, John Lee, Jack Zhu, and Linda Lin. In this article we will discuss the fantastic toolbox of features and attributes which separate KuCoin from the pack. Currently KuCoin handles approximately $672.27 million trading volume every 24 hours.

The wallet offered by KuCoin is protected by both multi-layer encryption, and offline cold storage through funds escrow. Furthermore, KuCoin wallet comes with KuCoin profit sharing among holders of KuCoin’s exchange token KCS. Keep in mind this feature is only available for KCS holders, who are storing their KCS tokens in a KuCoin exchange wallet.

KuCoin makes adding fiat currency to your trading account easy, by accepting deposits in the form of over 50 fiat currencies. The majority of exchanges accept a traditional basket of fiat currencies, which users can deposit to fund their account. These baskets usually consist of USD, EUR, GBP, CAD, and so forth. KuCoin – offering such a wide array of fiat deposit options – is both convenient for users who live in less financially accessible parts of the world, as well as those who are entering into the world of cryptocurrency for the first time.

KuCoin offers a “Fast Buy” option, which allows users to purchase BTC, ETH, or USDT in just “one click.” Although the basket of fiat currencies which KuCoin accepts for their “Fast Buy” option are limited – In comparison to adding funds using the standard method – this feature does make it convenient for a sizeable portion of their customers to turn their fiat currencies, into crypto.

In 2017 KuCoin launched its KCS Initial Coin Offering and raised 27.5 million dollars' worth of Bitcoin. At the time of the ICO, that dollar amount equated to 5500 Bitcoin. KuCoin accumulated this money specifically to hire developers, in order to double the size of their support team, from 50 to 100 developers. At the time of the ICO, the KCS token was offered at $0.25, and since then, has skyrocketed to over $9.00, within 4 years. Looking back at the $0.66 price of KCS in January of 2021, KCS has increased in value by over 1,600% to where it is now. KCS even reached a valuation of approximately $20.00 on April 5th of this year. 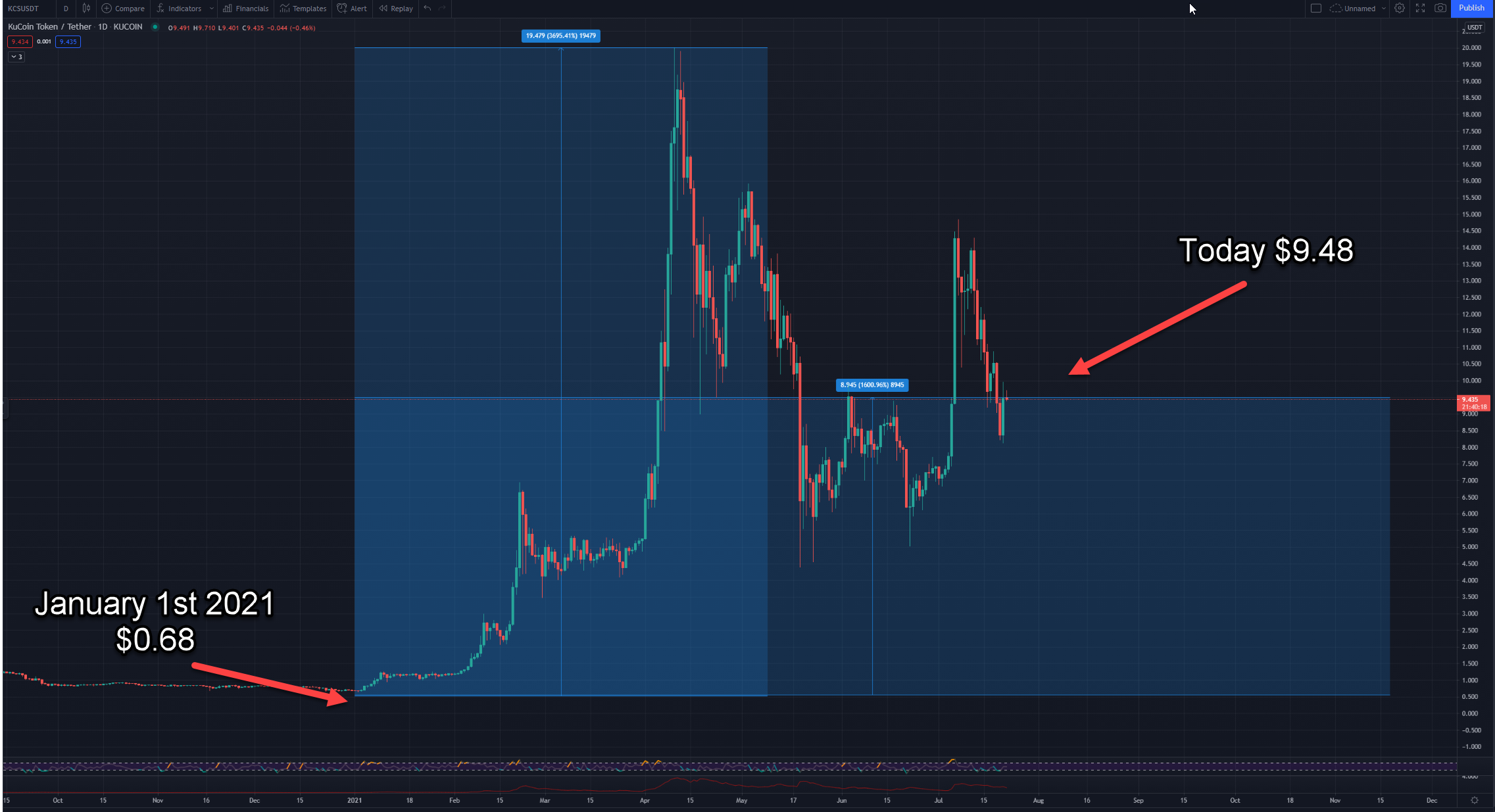 KuCoin is a fantastic exchange for new and advanced users alike. KuCoin has projected that 1 out of every 4 cryptocurrency exchange users have a KuCoin account. KuCoin has accumulated an extensive list of cryptocurrencies and has proven itself to be an efficient and powerful exchange. For these reasons, the KuCoin exchange is highly recommended by Killer Whale.