In this article, we will be taking an in depth look at the U.S. Dollar index (DXY). We will discuss what goes into the DXY, the history behind the DXY, and how you can use the DXY to improve your trading!

DXY Explained In this article, we will be taking an in depth look at the U.S. Dollar index(DXY). We will discuss what goes into the DXY, the history behind the DXY, and how you can use the DXY to improve your trading!


What is the DXY?

The DXY, or U.S. Dollar Index, is a measure of the value of the U.S. Dollar, relative to a basket of six other foreign currencies, and is maintained by the Intercontinental Exchange Inc. (ICE). The basket of currencies which currently make up the DXY are listed as follows:

As I mentioned, these six currencies currently make up the DXY, but that may be subject to revision in the future. Both the Swedish Krona and the Swiss Franc are smaller global trading partners than China, Mexico, South Korea, and Brazil. This means that we may eventually see the one or more of these nation’s currencies replacing the Krona, and or the Franc at some point in the future. Another possibility is that one or more of these nation’s currencies may someday be added to the DXY basket, without replacing the Krona or Franc.


How Was the DXY Created?

The DXY originated in March of 1973, shortly after the dismantling of the Bretton Woods system; a unified fixed rate system between the Allied Nations, shortly after the second world war. This would come to be known as Bretton Woods Agreement of 1944. Intercontinental Exchange Inc (ICE) took over the DXY in 1985. At this point the DXY hit its all-time high of 164.72, as a result of the first ever DXY futures trading. The DXY would eventually hit it’s all time low of 70.57, in March of 2008.


How Does the DXY Move?

First and foremost, if the DXY raises, it will push the USD base pairs higher, and push USD quote pairs lower. USD base pair – such as USD/CHF, and USD/CAD will move with the DXY, as all these currencies are incorporated into the DXY, with USD being on the front end. Inversely USD quote pairs – such as EUR/USD and XAU/USD – will move in the opposite direction of the DXY, creating more space between the quote pairs and the DXY, as USD is on the tail end of these pairs. Another notable component of the DXY is that it shares a directly inverse correlation with the EUR/USD, as the Euro makes up almost 60 percent of the DXY currency basket.


How Can You Use the DXY for Analysis?

The DXY often increases on days where there is dollar-positive news and decreases on days where there is dollar-negative news. As an example, The DXY will rise whenever the USD is mentioned on television, in a positive light. In the same way, the DXY will lower in value when dollar-negative news – such as war casualties – are at the forefront of the media. This isn’t always the case, however. The DXY was unchanged by the events of September 11th, 2001. Even though the DXY will never correlate one hundred percent with dollar-negative or dollar-positive news, the news and the DXY coincide regularly enough to provide palpable data. You can also apply direct Technical Analysis to the DXY, in order to calculate how the DXY is going to move. 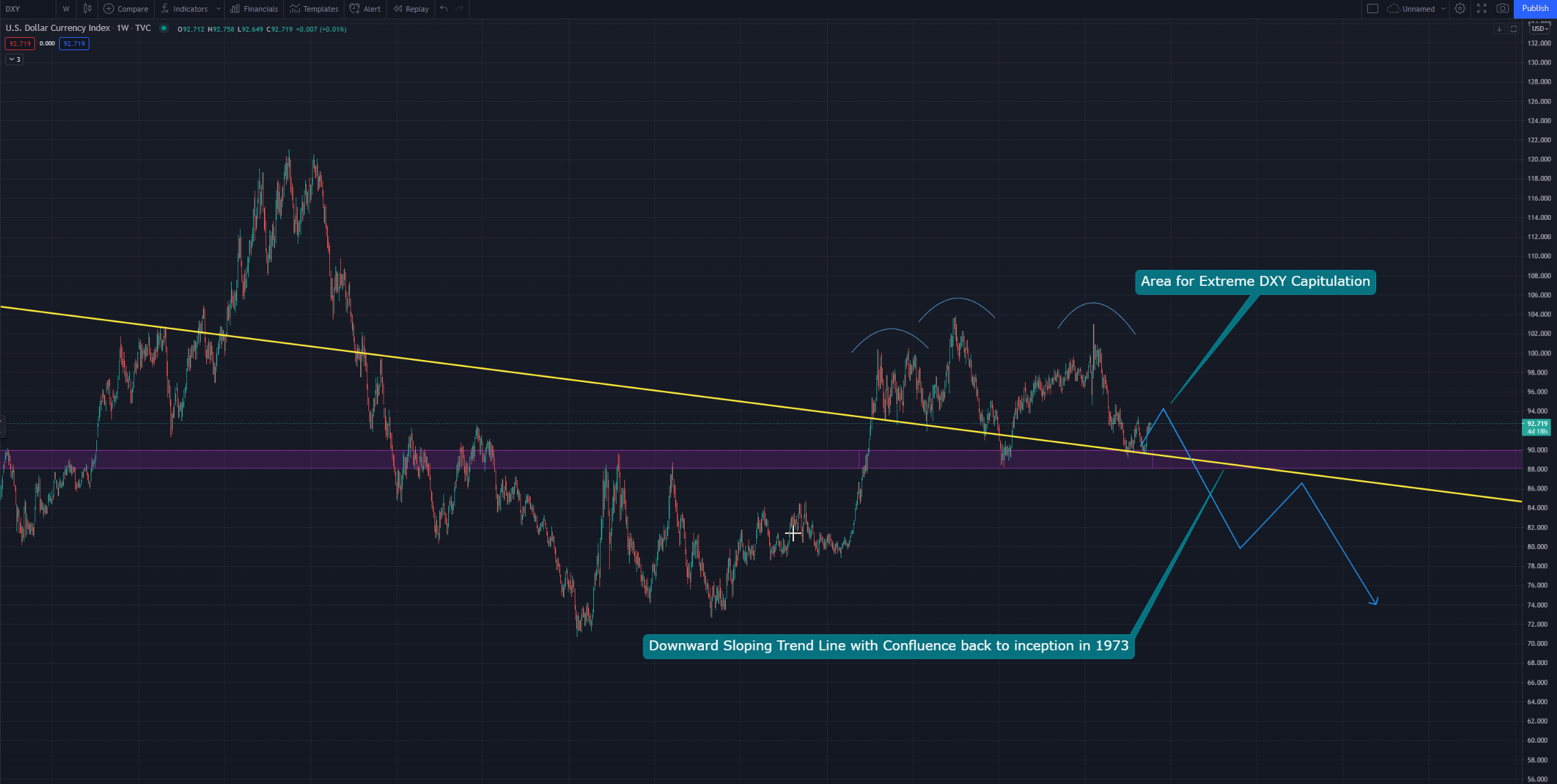