An Overview of the Wyckoff Method: Part 2 - Accumulation

An Overview of the Wyckoff Method Part 2 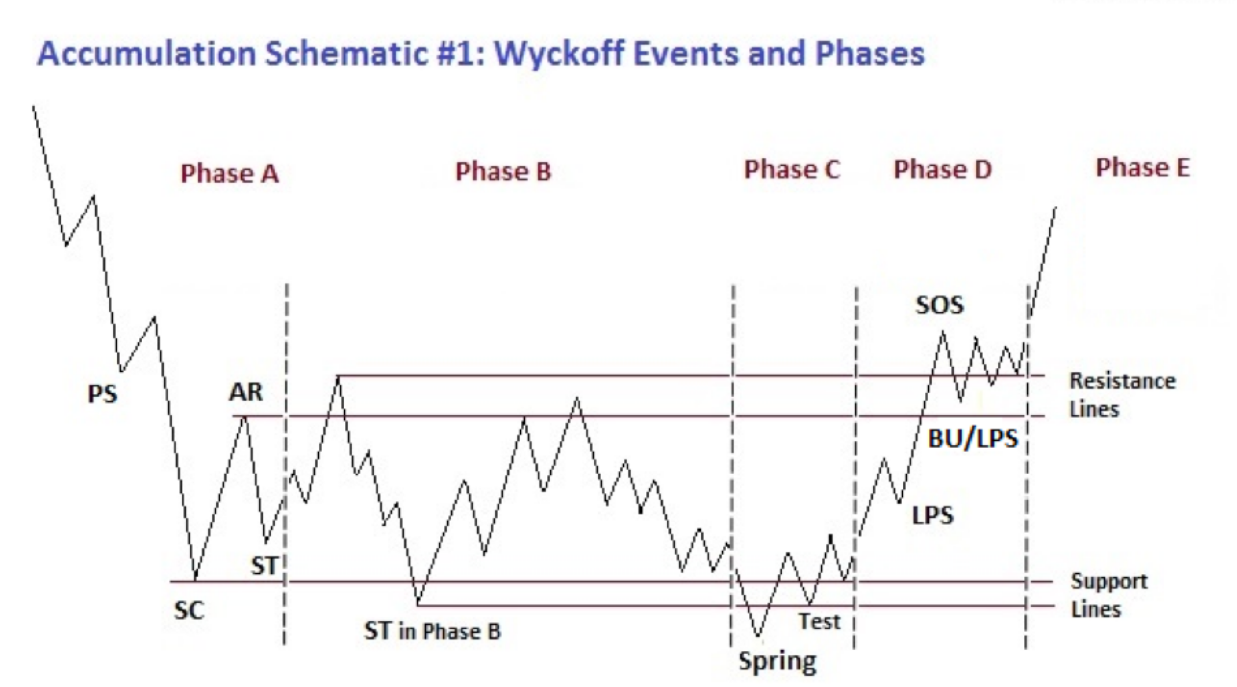 Preliminary Support (PS) -- PS is where enough substantial buying is providing pronounced support after a prolonged down-trend. The volume increases and the price widens, which is indicative of a downward trend coming to an end.

Selling Climax (SC) -- SC is the point where the widening spread and the selling pressure typically come to a climax, as heavy selling and panic selling are either coming to a near bottom, or being eclipsed by larger professional interests.

Automatic Rally (AR) -- AR occurs after intense selling pressure has substantially diminished. buying waves push prices up with ease. This can be catalyzed by short-covering, which is when traders buy the assets that have previously been sold short, typically to avoid losses when prices begin to rise.

Secondary Test (ST) -- ST is when the price revisits the point of Selling Climax (SC), but this time to test the existing supply and demand balance within these levels. If a bottom price is indeed confirmed, the volume and price spread should be substantially diminished as the market finds support within the range of the Selling Climax (SC).

Last Point of Support (LPS) -- LPS is the low point of a reaction or pullback after a SOS. Backing up to an LPS means a pullback to support that was formerly resistance, on diminished spread and volume. On some charts, there may be more than one LPS, despite the ostensibly singular precision of this term.

Sign of Strength SOS -- A price advance on increasing spread and relatively higher volume. Often a SOS takes place after a spring, validating the analyst’s interpretation of that prior action. 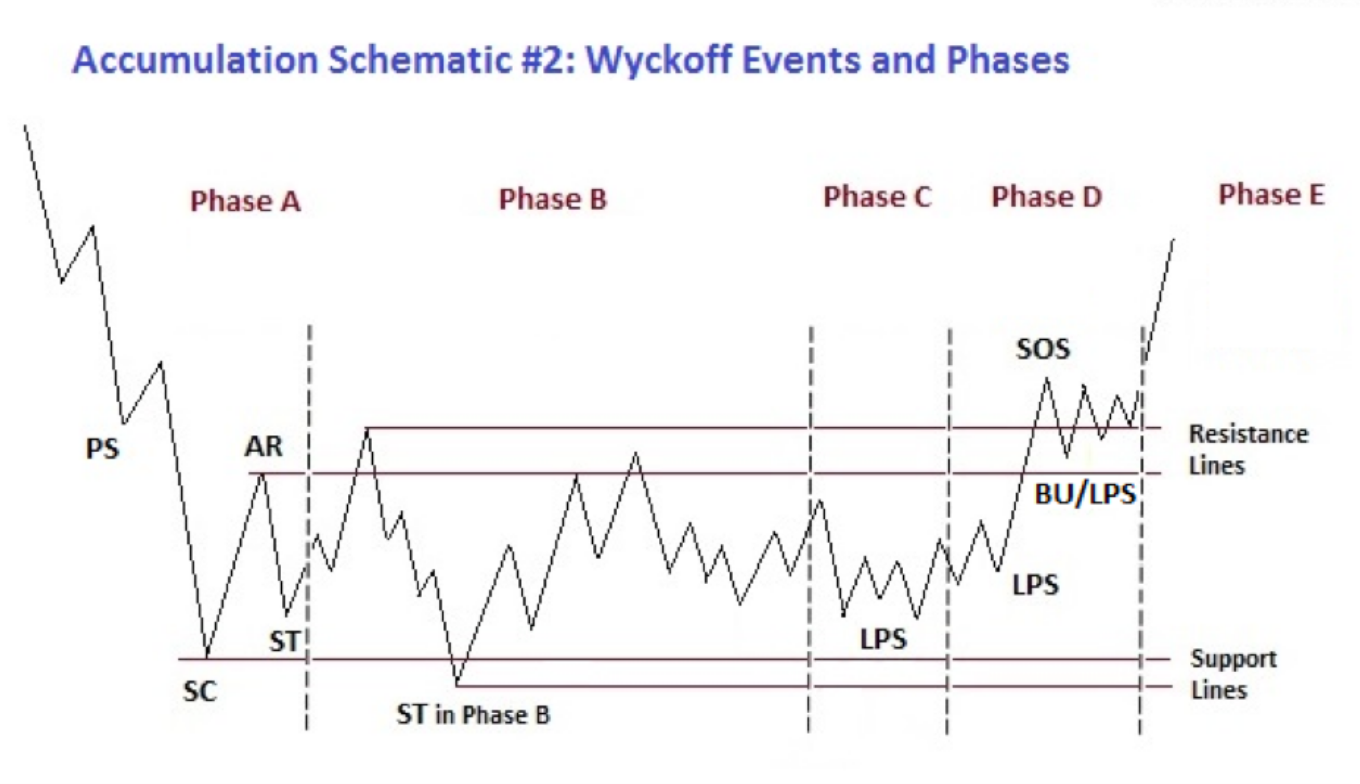 Phase A-- This is the end of a downward trend. Up to this point, the market was seeing a larger supply than demand. The curtailment of the supply is evidenced by the Selling Climax (SC) and the Secondary Test (SC). As the selling pressures are relived, Automatic rally (AR) ensues.

Phase B -- Ties into the the third step of the Wyckoff five-step approach, which can be referenced in our previous article> An Overview of the Wyckoff Method: Part 1 . In Phase B, large institutions and professional interests are accumulating relatively low priced assets, in anticipation of future price markup. This can take up to a year, or possibly even longer. In this instance, the large institutions and professional interests are likely putting price advances in check by way of short sales.

Phase C-- This phase is the point at which the remaining supply of an asset is decisively tested. A successful test of a supply at this juncture is represented by an upwards price correction, which is indicative of a high-probability for opportunistic trades.

Phase D This Phase indicates a consistent ascendancy of demand over supply. This is indicated by a widening of price spreads and an increase in trading volume. The last point of support (LPS) within this phase is traditionally considered to be a beneficial place to initiate new assets, or add finances to an already existing successful asset.

Phase E-- In the final phase of accumulation, the asset is fully controlled by demand. Shakeouts and other reactions are likely to be short-lived. Higher-level trading ranges can occur at any point within this phase. These trading ranges often indicate potentially higher target prices.